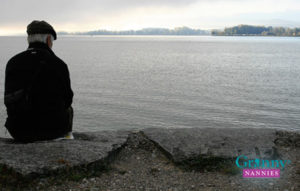 April is Parkinson’s Awareness Month. Almost  50,000 individuals in the United States receive a Parkinson’s diagnosis yearly, and 500,000 people currently live with the condition. Both men and women can have Parkinson’s disease. However, the disease affects about 50 percent more men than women.

Though the condition does not yet have a cure, diagnosing it earlier may prevent irreversible brain damage and facilitate human clinical trials of new drugs. One major risk factor for Parkinson’s is age. Most people with Parkinson’s first develop the disease at about age 60, about 5 to 10 percent of people with Parkinson’s have early-onset disease, before age 50 and are often inherited or linked to specific gene mutations.

Parkinson’s symptoms begin gradually and then accelerate. As the disease progresses, people experience struggles with walking and talking, mental and behavioral changes, sleep problems, depression, memory difficulties and fatigue. People with Parkinson’s often develop a gait of small quick steps as if hurrying forward, and reduced arm swinging. They also may have trouble initiating or continuing movement. Symptoms often begin on one side of the body or even in one limb on one side of the body. As the disease progresses, it affects both sides. Yet, the symptoms may be more severe on one side.

Although there is no cure for Parkinson’s disease, medicines, surgical treatment and other therapies can often relieve some symptoms. For people with Parkinson’s who don’t respond to medications, deep brain stimulation (DBS) a surgical procedure that helps stop the movement-related symptoms of Parkinson’s (tremor, slowness of movement, and rigidity).

Other therapies used to help with Parkinson’s disease symptoms include physical, occupational, and speech therapies and a healthy diet and exercises to strengthen muscles and improve balance.